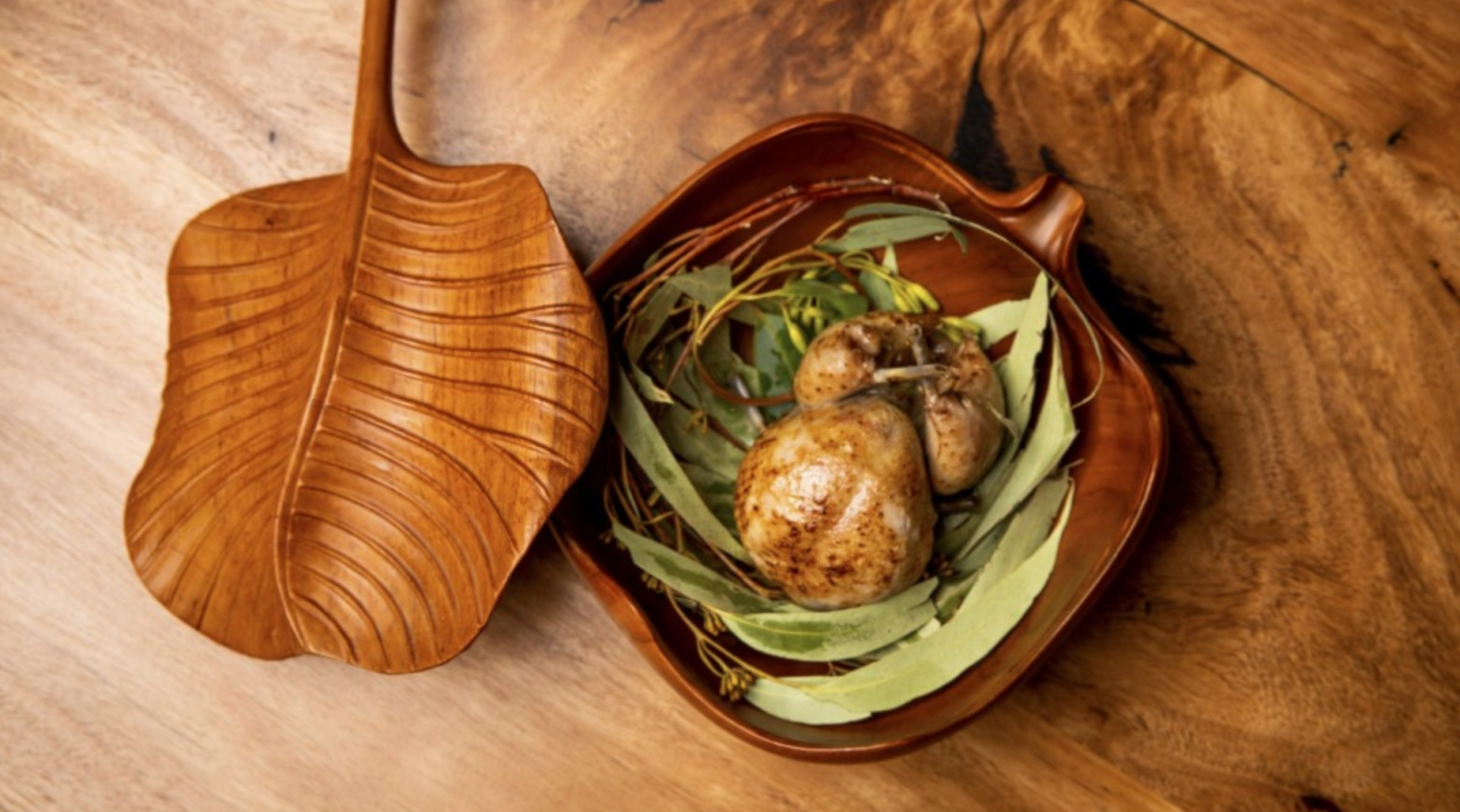 “We’ve spent a very reasonable amount of money given it’s only a pop-up, but I don’t do things by halves,” says Orana owner-chef Jock Zonfrillo, who is flying the entire team of his three-hatted Adelaide fine-diner to Sydney for the residency.

Orana, which opened on Adelaide’s Rundle Street in 2013 and seats 30 guests, was awarded Restaurant of the Year in The Good Food Guide 2019.

“Everyone is saying, ‘Oh, he’s testing the waters to move to Sydney permanently’. But, no – our main goal is to spread the message of what we’re doing with the Orana Foundation to a wider audience.”

Australian ingredients sourced from Sydney and NSW will feature heavily on the $350-a-head tasting menu at Orana’s Harbour City pop-up. However, Zonfrillo doesn’t expect every dish to be finalised until the first service.

“There’s a lot of surprises coming in every day,” he says. “That’s the beauty of Orana – we get whatever is the best of the best at the time and we have to move fast to nail a dish from conception to realisation.”

Zonfrillo has been working with elders from the Eora Nation to forage on land surrounding Sydney, as well as local Australian food growers to supply the pop-up.

“We already have lots of delicious blocks set up such as bunya nut miso that’s been fermenting for 18 months, and a shoyu made from kangaroo grass and barbed wire grass. Now all the other amazing ingredients are coming in we can start putting the components together.”

The grass shoyu will enhance smoked quail with native currants says Zonfrillo. Other Sydney exclusive dishes the chef can confirm are poor man’s oranges with roast lamb dressing and river mint, and a sweet ama ebi prawn bolstered by boab fruit and saltbush.

Orana sommelier Kyle Poole has assembled what Zonfrillo says is a “proper” wine list for the occasion.

“We’re not coming to town with only 20 bottles. We want to highlight some really smart South Australian stuff, such as back vintages from Sami Odi and Ochota Barrels, but the wine offering will span the globe. Kyle, like me, loves big top-shelf drops, and there’s some absolute bangers on the list.”

Zonfrillo says he has been overwhelmed by the support from Sydney chefs and restaurateurs such as Leon Fink (landlord of the former Longrain site), Jake Smyth and Kenny Graham from Mary’s Group, Ester’s Mat Lindsay, Automata’s Clayton Wells, and Paul Carmichael of Momofuku Seiobo.

“Everyone has been getting around us to see if there’s anything they can do to help. It’s been really humbling.”

With all this local love, perhaps a permanent move to Sydney for Zonfrillo is on the cards?

Orana in Residence will run from August 16 to September 15, serving lunch Thursday to Sunday and dinner Tuesday through Sunday. To book, visit restaurantorana.com.