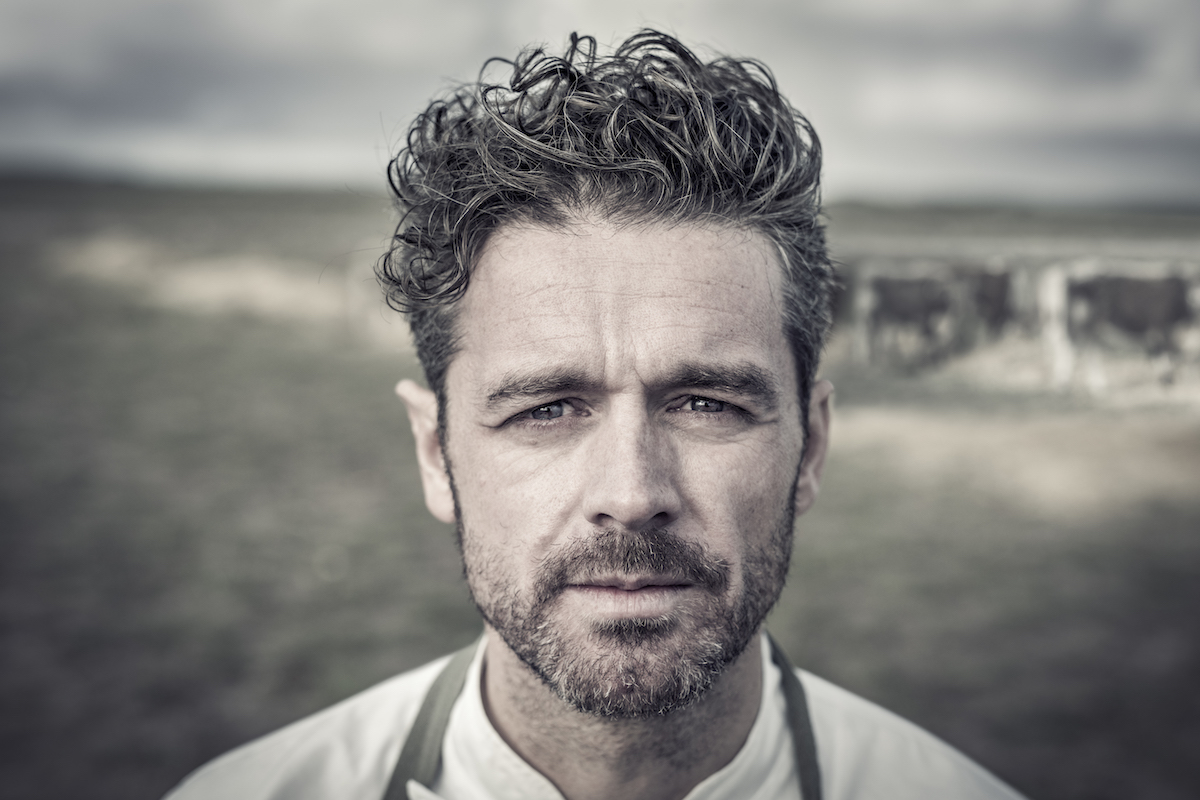 Jock Zonfrillo wants to change the way you eat

Many chefs have sought to champion native foods. But with the exception of finger limes, the lack of demand and supply has always kept the industry from reaching its potential. Jock Zonfrillo, owner of Orana restaurant in Adelaide, feted by some as Australia’s best eatery, is setting out to fix both problems at once.

On the supply side, Zonfrillo has just installed a high-tech purpose-built shed in a remote community in WA’s Dampier Peninsula. Cyclone- and fire-proff, and kitted out with solar panels and a hydro panel that converts humidity in the air into fresh water, it allows Aboriginal communities to properly store foraged food like gubinge (kakadu plum) and min-min, typically used as a salad leaf, ensuring they do not spoil before reaching restaurants in capital cities. It’s the first shed of what Zonfrillo hopes will be many, although this first prototype came at a prohibitive cost of $200,000. It was funded with the proceeds of the Basque Culinary World Prize, which Zonfrillo won in 2018.

“It was pretty emotional for everyone, actually,” says Zonfrillo, on seeing the first shed – the culmination of three years’ work – come to life. “To see the reactions from people who’ll use the shed…it was incredible.”

On the demand side, Zonfrillo will soon unveil a database of 1550 native foods, which have been profiled for taste, toxicity and nutrition. Funded with money from the South Australian government and created in partnership with the University of Adelaide, it is the most encyclopaedic database of native foods that has ever existed. Zonfrillo hopes it will give big businesses – from supermarkets to alcohol producers to cosmetics companies – the information they need to incorporate native foods into their products.

A native Scotsman who nursed a “fairly healthy” heroin habit when he first came to Australia in 1994, Zonfrillo once worked at Forty One, a hatted restaurant in Alan Bond’s Chifley Tower in Sydney’s CBD. Assuming he’d be cooking with native ingredients, he was surprised to hear from local chefs there was “no indigenous food culture.”

He began his own research and found the opposite to be true. Now, his foundation has data to prove it. A recent discovery is a larvae found near eucalyptus trees, used by Indigenous communities to sweeten foods naturally, which could have potential as a sugar alternative, like stevia. Another ingredient with high potential for being commercialised is jilungin, a tea with 100 times the antioxidants of green tea. It’s one of the ingredients foraged by Aboriginals in the community where the shed has been installed, and who have helped supply Zonfrillo’s Orana restaurant with the native ingredients that have come to define his cuisine. Orana was awarded Australia’s best restaurant by Gourmet Traveller in 2018 and won Good Food’s ‘Food for Good’ award that same year. It is 23rd on The Australian Financial Review’s Australia’s Top Restaurants List.

Despite the accolades, Zonfrillo’s main game is his Orana Foundation which seeks to promote Australia’s 60,000-year old food culture and its ingredients, which are more drought-tolerant and sustainable than non-native crops. “There is a food culture here,” Orana Foundation executive director Norman Gillespie says. “But it’s evaporating, and we need to change that. Robert Hughes talked about Indigenous art being the last frontier of contemporary art, this is the last frontier of food.”