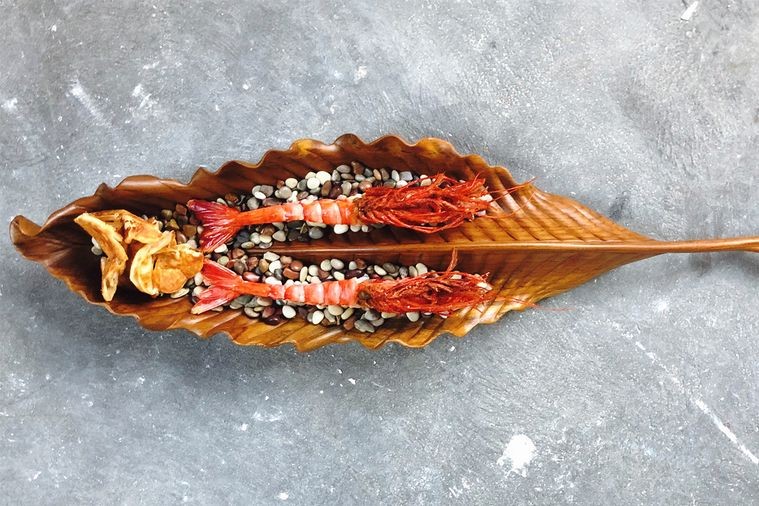 Orana is coming to Sydney for four weeks

Adelaide restaurant Orana is heading to Sydney, albeit temporarily. Chef-owner Jock Zonfrillo and his ground-breaking menu will be in the Harbour City from 16 August to 15 September.

And the site? He’s taking over the Surry Hills basement venue that, until last Sunday, housed modern Thai restaurant Longrain.

But the Sydney residency is not just about the food. Zonfrillo is on a mission to spread the word about The Orana Foundation, an organisation founded by the chef to preserve and research native Australian ingredients and the heritage of Indigenous food culture.

“This is not just about opening a fancy restaurant for four weeks,” says Zonfrillo. “It’s about raising awareness of what we’re doing with The Orana Foundation – and food is the vehicle to changing perceptions about minds about Indigenous culture.”

The foundation, which counts The University of Adelaide and the Botanic Gardens of South Australia among its partners, is working with Indigenous communities to develop a database of edible native plants, and investigating how they can be grown commercially.

The Scotsman, who moved to Australia in 2000, says Australian restaurants have come a long way from the “bush tucker” era of the ’90s. “It’s important to engage with Indigenous ingredients in a real way, not a tokenistic way,” says Zonfrillo. At Orana (ranked third on the Gourmet Traveller 2019 Restaurant Guide), the 18-course dégustation menu is all excitement and innovation, weaving from plates of pickled kohlrabi stuffed with Dorrigo pepper, crocodile consommé flavoured with Geraldton wax, and marron dressed with native honey, macadamia and green ants. But the menu never loses sight of the need for things to taste good.

Critically, it’s the people behind Orana – the chefs, the floorstaff – that make up the sum of its parts. So Zonfrillo is shutting up the Adelaide restaurant for four weeks, and bringing the whole team to Sydney, too. “There’s no way I could do it without them. We want our best team in Sydney,” says Zonfrillo. It’s a huge financial gamble – there’s travel and accommodation costs for all his staff for a month. “It’s a very expensive operation. It’s almost cost-prohibitive,” he says.

Factor in too that Zonfrillo and his team have been preserving, bottling and fermenting dozens of native ingredients for the past six months (he rattles off a mind-boggling list – twelve types of eucalypt, sea parsley, cinnamon myrtle, strawberry gum, bush lemongrass, gubinge [Kakadu plum] harvested from Nyulnyul land in the Kimberley region).

These overheads might explain the $350 price tag for a seat at the Orana Sydney table, almost $100 dearer than its dinner tasting menu in Adelaide. But Zonfrillo is putting his money where his mouth is – 10 per cent of the pop-up restaurant’s profits will go towards The Orana Foundation.

It’s an ambitious project, and Zonfrillo is nervous. He’ll be on the pans six days a week, with Mondays off to spend time with his young family. But he’s determined. “This is about making change,” he says. “It’s to bring about a different viewpoint to the diner, one conversation at a time.”

Orana’s Sydney residence runs from 16 August to 15 September at 85 Commonwealth St, Surry Hills, NSW. Open for lunch Thu–Sat, and dinner Tue–Sun, $350 for the food menu, payable at time of booking.